We accept all major credit cards

What to Do When a Tripped Circuit Breaker Won’t Reset 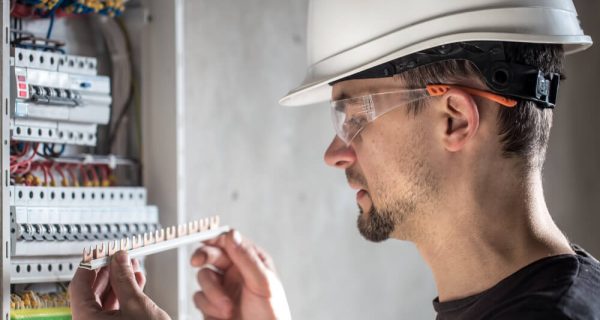 Your home’s circuit breaker protects your wiring from overloading, which can pose a fire risk and damage wires. If a tripped circuit breaker won’t reset, you may assume you have an electrical issue with the breaker and call an electrician. In reality, it’s often a sign that your breaker is working as intended.

Are You Overloading the Circuit?

Having too many appliances drawing too much power from one circuit is one of the most common electrical issues behind frequent breaker trips. A circuit breaker is designed to cut the power when it detects a heavy power draw in an effort to protect the electrical system.

The easiest way to diagnose an overloaded circuit is to unplug your appliances and test the breaker. If it stays up, then start plugging in appliances one at a time. When you find the culprit that trips the circuit, consider putting it on a different circuit entirely. Your appliance may also be faulty. Check if it’s overly hot, which may indicate faulty wiring.

Short circuits are wiring problems that occur when a wire that carries current (called a hot wire) touches a neutral wire. This touching causes both wires to heat up and can lead to electrical fires if left unaddressed.

If your tripped circuit breaker won’t reset, and you’ve checked for overloading, then you’re likely dealing with a short-circuit. If so, turn off the breaker immediately and call a professional electrician.

Check Your Breaker for Faults

Some older houses may have old breakers that are well past their intended lifespan. Faulty circuit breakers aren’t common, but they may be your issue, especially if you’ve exhausted other options.

In the interests of electrical safety, you shouldn’t try to replace a faulty circuit breaker yourself. Instead, call a professional that you can rely on to do the job correctly.

Playing around with an electrical system can be very dangerous, especially if you’re not a licensed electrician. Rather than try to identify the reason why your tripped circuit breaker won’t reset, get in touch with Long View Lighting. They’ll send a skilled electrician in Woodstock, GA, to your door fast to help you troubleshoot and repair your issue with minimal fuss. Call 770-318-4143 today!

Get a Free Estimate Today!

Interested in learning more about us?We’re happy to answer any question you may have.